Imagine one of the biggest events to happen, like when Neil Armstrong took his first step onto the moon on July 20, 1969, and you couldn’t fully know what was happening because you are hearing-impaired.

Before today’s advanced technology and social platforms, those who could not hear could not participate in those shared cultural experiences.

Closed captions, which refers to the fact that viewers have to turn on captioning, made its debut on March 16, 1980, when network TV channels ABC, NBC, and PBS introduced closed-captioned television shows. For the first time, a TV show’s dialogue and soundtrack appeared as text on-screen as the action proceeded. 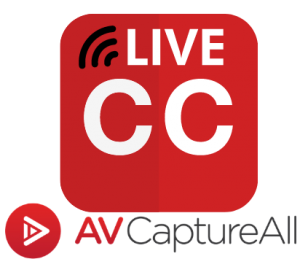 Starting with The ABC Sunday Night Movie, Disney’s Wonderful World, and Masterpiece Theatre, a new world opened up for the hearing-impaired. But getting there was a fight, and that battle still continues today.

There are approximately 14 million hearing-impaired people in the U.S and their early fights to be included and have media and entrainment access took years of hard work.

Captioned versions of Hollywood films for deaf people only started to become required under the law in 1958. Television, however, did not follow suit. There was no system in place to provide captions, and finding a solution was not a priority for many in the early TV business. That began to change in the 1970s as advocacy efforts led to early experimentation with TV closed captioning.

In the early 1970s captioning technology became available and was tested at Gallaudet University. By 1979 the National Captioning Institute was formed. Its mission was to provide captions for the deaf and hard of hearing. In 1990, the Television Decoder Circuitry Act was passed that required closed-caption decoders to be built into all TV sets with screens larger than 13 inches — in this case, the decoder was a chip instead of separate set-top boxes.

As closed captioning slowly evolved, technology as a whole was beginning to explode into our lives. Then Section 508 came along. Section 508 became effective August 7, 1998, which stated Federal agencies must ensure that their electronic and information technology be accessible to persons with disabilities. Section 508 requires that each Federal agency consider the needs of persons with disabilities when it procures or uses new electronic or information technology hardware or equipment.

Captions are no longer seen as useful for deaf people only, but also as a convenience for anyone who might want to watch a video without making noise. A 2016 Facebook survey found that as much as 85% of all video views on Facebook were with the sound off and captions on, and a 2019 study showed that the vast majority of videos consumed on mobile devices are watched on mute.

Now, because of social platforms, closed caption has changed as more and more demanded it. Now all phones and other devices provide closed captioning. Most providers offer customized audio languages, subtitles, closed captions, and now, programs and devices that offer closed captions for videos have settings to change the type size, color, and other aspects of the text on the screen.

Many online video apps have caption-style settings of their own, including DirecTV Now and Netflix. YouTube, which has automatically added captions to more than one billion videos since 2009, recently announced that it was putting automatic captions on live-streamed clips.