Government Has an Impact on Happiness

As we face the confluence of an unprecedented health crisis, an economic crisis, and a racial crisis, it is not hard to understand that Americans are stressed and looking for answers. State, Local and Federal governments continue to find ways to provide answers to these pressing issues.

The current protests taking place in all 50 states indicate citizens are frustrated and not happy with the status quo. Happiness is such an important concept that our Founders added the word to our Declaration of Independence.

Life, Liberty and the Pursuit of Happiness

The phrase gives three examples of the “unalienable rights” which the Declaration says have been given to all humans by their creator, and which governments are created to protect. 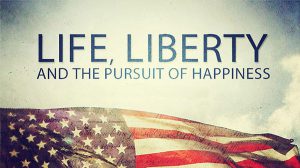 In a study done by the Office for National Statistics (ONS) into how happiness is connected to the government, it’s been found that the quality of government has a substantial impact on average happiness. The level of happiness seems to be higher in well-governed nations. The measure of happiness can be connected to the level of security and assurance citizens feel in being able to earn a living, live in healthy environments, have housing stability, and trust their leaders.

Average happiness is also connected with the quality of governance.

There is also a connection between the happier citizens are, the more apt they are to vote and be engaged to participate in government, and less apt to obstructive behavior. The better the government the happier the citizens. The fact that governance is, by definition an intentional activity supports this vision.

How does good governance add to average happiness?

Good governance isn’t the only source of happiness in itself. Citizens need to feel they are being treated carefully and respectfully.

When citizens participate in elections and elevate their voice, there is a direct correlation to happiness, regardless of the outcome, according to a study done by Bruno S. Frey and Alois Stutzer, titled “Beyond Outcomes: Measuring Procedural Utility.”

The study highlights that when the government improves the collective well-being of citizens, there is a rise of collective happiness.

While some may argue that happiness is an “unscientific” concept, there is an undeniable effect and impact on citizen’s happiness and hopes for future prosperity when they are faced with a long-term economic depression or a war.

Is happiness the responsibility of society or the citizen?

This is a question that Ed Diener, a professor of psychology at the University of Virginia and the University of Utah, and senior scientist for the Gallup Organization, has studied for years. His answer is: “Of course, it is both!”

If you think about all the elements that contribute to happiness, at the top of the list are health, employment, and housing. The government plays a part in all of those elements and their actions have an influence and contribute to our happiness, yet, it is our responsibility to find happiness.

“Some people argue that people must make themselves happy because governments cannot do it and it is not the government’s responsibility. But why is happiness any different than education, or the economy, or health? To some extent, the government must do its part even though individuals also must take action. And government policies can definitely influence happiness!” said Diener.

Can we feel happiness if every citizen is not treated the same? We are seeing that being played out in the streets today with protests happening in all 50 states.

When the government plays its part in our lives by providing the essentials we need like clean water, safety, and the hopes of prosperity, then the opportunity to find happiness is made a little easier for everyone.